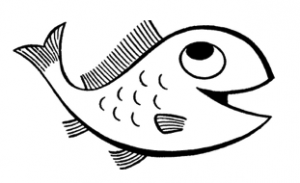 Soothing Effects is partnering with Adventures in Weight Loss to help people have even better results with their inner health.

We cannot understate the importance of supplementation in weight loss. Nutritionally deficient people really are up against it when their body messaging system is constantly telling them they need more food.

This is one of many reasons why very high quality Omega 3 oils are a big part of the Adventures In Weight Loss nutrient intake through us.

Fish oils can be toxic. If you want to manufacture cheap fish oils, just buy the livers of large fish and sharks and use them to make the oil. This may not be very good for you but it does happen.

The oils we use are the highest quality marine lipids which are fully tested to pharmaceutical standards to ensure zero toxicity.

Fatty acids are dietary nutrients important for the healthy function of key structures and systems in the body.

From helping to balance the body’s natural immune response to cardiovascular functions, omega-3s have been widely proven in the scientific community. Nutritional scientists recommend increasing daily consumption of omega-3 fatty acids to restore a healthy balance of fatty acids in the body.

We strongly recommend everyone to ensure a healthy intake of high quality fish oils.