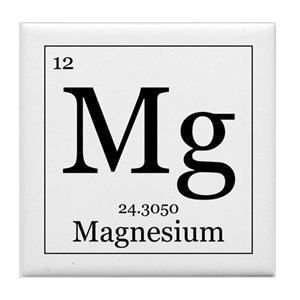 There are so many distressing stories about magnesium deficiency.

Recently we did a talk for the Arthritis Support Group at Maroochydore, arthritis can prevent a lot of joy of life; sometimes one can only begin having symptoms of arthritis after taking medication.

How many of us have to take medication?

3. Blood Clots – Mg has an important role to play in preventing blood clots and keeping the blood thin-much like aspirin but without the side effects.

4. Bowel Disease – Mg deficiency slows down the bowel causing constipation, which could lead to toxicity and mal-absorption of nutrients, as well as colitis.

6. Depression – Serotonin, which elevates moods, is dependent on Mg. A Mg-deficient brain is also more susceptible to allergens, foreign substances that can cause symptoms similar to mental illness.

7. Detoxification – Mg is crucial for the removal of toxic substances and heavy metals such as aluminium and lead.

8. Diabetes – Mg enhances insulin secretion, facilitating sugar metabolism. Without Mg insulin is not able to transfer glucose into cells. Glucose and insulin build up in the blood causing various types of tissue damage.

10. Heart disease – Mg deficiency is common in people with heart disease. Mg is administered in hospitals for acute myocardial infarction and cardiac arrhythmia. Like any other muscle, the heart muscle requires Mg. Mg is also used to treat angina, or chest pain.

11. Hypertension – with insufficient Mg, spasm of blood vessels and high cholesterol occur, both of which lead to blood pressure problems.

16. Migraine – Serotonin balance is Mg-dependent. Deficiency of serotonin can result in migraine headaches and depression.

17. Musculoskeletal Conditions – Fibrositis, fibromyalgia, muscle spasms, eye twitches, cramps and chronic neck and back pain may be caused by Mg deficiency and can be relieved with Mg supplements.

19. Obstetrics & Gynaecology – Mg prevents Premenstrual Syndrome; prevents dysmenorrhoea (cramping pain during menses); is important in the treatment of infertility; and alleviates premature contractions, preeclampsia, and eclampsia in pregnancy. Intravenous Mg is given in obstetrical wards for pregnancy-induced hypertension and to lessen the risk of cerebral palsy and Sudden Infant Death Syndrome (SIDS). Mg should be a required supplement for pregnant mothers.

20. Osteoporosis – Use of calcium with Vitamin D to enhance calcium absorption without a balancing amount of Mg causes further Mg deficiency, which triggers a cascade of events leading to bone loss.

21. Raynaud’s Syndrome – Mg helps relax the spastic blood vessels that cause pain and numbness of the fingers.

Most of us have used several types of magnesium. Studies show that only 4 percent of the oxide form of magnesium is absorbed. That’s why magnesium oxide is a great laxative but if you want to stock up on magnesium you need to use other forms. Spray on magnesium oil after a shower is effective because the oil is supersaturated magnesium chloride and because it’s used topically it doesn’t cause a laxative effect. It really does work. Many people have a very high requirement for magnesium and to get enough by mouth can have a laxative reaction.

And so the story goes, one drug causing symptoms that demand another drug. That’s what doctors learn about in medical school: drugs. They don’t learn about diet and nutrients, so it seems that all they know how to do is prescribe drugs. It is a good idea to ask you GP about taking magnesium or using it topically to supplement in order to prevent some of the above conditions occurring. A lot of doctors are now open to looking at things more holistically with regard to your health.

Doctors know potassium deficiency is a danger for people on diuretics but they often don’t acknowledge that magnesium is also flushed out in equal measure. Magnesium deficiency often goes undiagnosed and unrecognised because until recently there was no accurate blood test for magnesium. Patients are warned to take potassium supplements or eat oranges and bananas, but no advice is given about magnesium. Magnesium is not as readily available as potassium; it’s deficient in the soil and most fertilizers don’t contain magnesium, so most foods are lacking. Also cooking and processing foods depletes magnesium. It’s found in whole grains, greens, nuts and seeds, but most people don’t eat much, if any, of those foods. The fact is we don’t get all our nutrients in Diet and we must recognise the need for nutrient supplementation. It all stems back to a medical education that is funded by drug companies, who are now waking up to the need to have Vitamins and minerals.

Magnesium reminds us that all the metabolic processes in the body, ALL OF THEM, depend on vitamins and minerals, which act as necessary co-factors. Magnesium itself is a co-factor and responsible for the function of 325 enzymes; is an absolute requirement for calcium to be incorporated into bone; keeps toxic chemicals out of the brain; dances with calcium to create nerve impulses and muscle impulses; keeps muscles relaxed, including the heart and blood vessels, and triggers dozens of health conditions if it is deficient.

The Recommended Daily Allowance (RDA) for magnesium is between 350 and 400 milligrams per day, which is just enough to ward off outright deficiency. But for optimal health and for the twenty-two conditions that are triggered by magnesium deficiency, perhaps twice as much magnesium is needed.

One of the highest sources of magnesium is kelp, but one tsp. only has about 30 milligrams. One tablespoon of almonds has 33 milligrams. Because we probably don’t get nearly enough magnesium from out diet we have to investigate magnesium supplements.

We can help – let’s talk more about Magnesium!