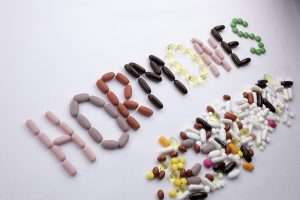 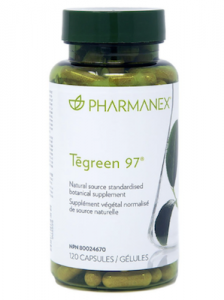 Green Tea is one of the healthiest beverages around.

In addition to metabolism-boosting caffeine, it contains an antioxidant known as epigallocatechin gallate (EGCG), which has been credited with several health benefits.  It is suggested that consuming green tea may increase insulin sensitivity and also lower insulin levels in both healthy people and those with insulin-resistant conditions like obesity and diabetes.

Since green tea has other health benefits and most studies suggest that it may provide some improvement in insulin response, you may want to consider drinking one to three cups per day.  I also love a Pharmanex supplement called Tegreen 97® is a dietary supplement to support the immune system in the presence of pollution, stress and toxins. Tegreen 97® is an exclusive preparation of green tea leaf extract, which may help to support the antioxidant defence in the body. At this basic level, daily supplementation with Tegreen 97® may be considered a first line of dietary defence for health protection.  A healthy amount of green tea would be 3-7 cups per day but if you are not a huge fan of green tea then one capsule of Tegreen contains approximately the polyphenols of 7 cups of tea.

It is also good to note that green tea and/or Tegreen helps relieve sleeplessness, and nervous tension, stress and mild anxiety. 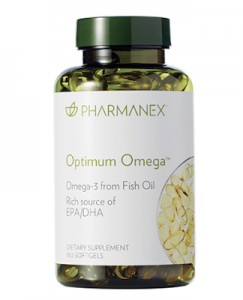 Fatty fish is by far the best source of long-chain omega 3 fatty acids which have impressive anti-inflammatory properties.  Studies suggest they may also have beneficial effects on hormonal health, including reducing levels of the stress hormones cortisol and adrenaline.

A small study observed the effect of consuming omega-3 fats on men’s performance on a mental stress test.  The study found that after men consumed a diet rich in omega-3 fats for three weeks, they experienced significantly smaller increases in cortisol and epinephrine during the test than when they followed their regular diet.

Increasing your intake of long-chain omega-3 fatty acids may reduce insulin resistance related to obesity, polycystic ovary syndrome and gestational diabetes  (occurs during pregnancy) in women who did not have diabetes prior to becoming pregnant. Like type 2 diabetes, it is characterised by insulin resistance and elevated blood sugars.

It is recommended that for optimal health; include two or more servings per week of fatty fish like salmon, sardines, herring and mackerel or 214mg of Omega-3’s.  I like a supplement by Pharmanex call Optimum Omega.  The advantage of this is that less than one in five Australians actually meets the above standards of intake.   We now know that essential fatty acids found in some food (and/or supplements) are important for preventing and controlling a number of diseases. 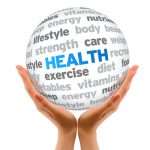 We will continue in our next article about more things you can do to improve your hormone balance,
in the meantime take care and do not hesitate to contact us if you have any questions.